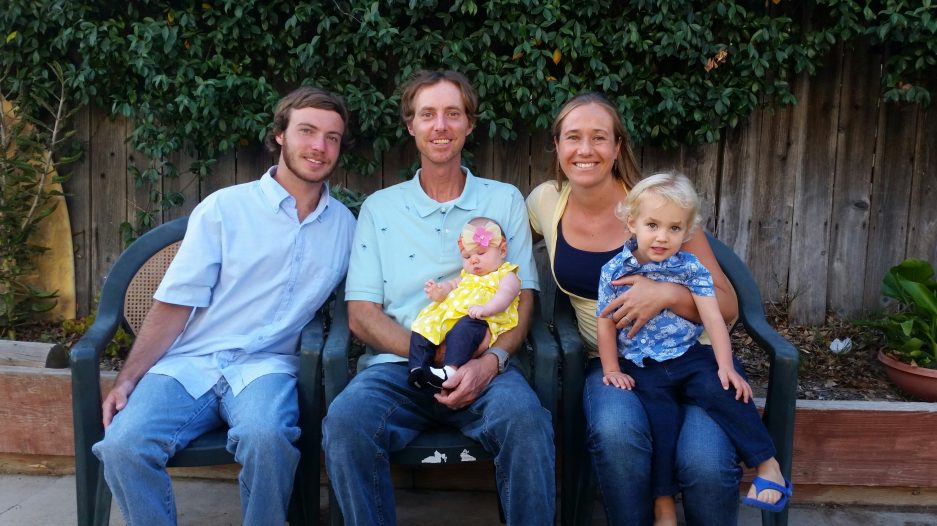 This is the third part in a series of posts I’m writing leading up to Rare Disease Day on February 28th. Read Part One: Sensory Processing

Thanks for following along!

While nursing Coral one day when she was 8 months old, I saw her body slightly stiffen and her eyes roll up and to the side.  My stomach dropped and my heart raced.  I was concerned.  Over the course of the next few days I saw these actions more frequently, including when she was sitting up.  In those situations, her head would drop for just a moment, before she would lift it back up.

These movements were so slight, that it would have been easy to dismiss them.  It is only because I received Coral’s diagnosis of dup15q at 3 weeks old and knew to be on the lookout for infantile spasms (a rare epilepsy that manifests in part as what I described above), that I was able to take swift action.  Infantile spasms are an emergency.  They can be a devastating type of epilepsy to an infant’s brain.  For kids with dup15q, the emergence of infantile spasms is often what leads to their subsequent dup15q diagnosis.  For Coral, we had her dup15q diagnosis at such a young age, that we could act quickly to address her spasms (in a way having a head start).

A few months before Coral developed infantile spasms, I began researching epilepsy in dup15q and infantile spasms. Being the information gatherer I am, I wanted to know about the potential treatments and have an idea of what we might want to do. Typically, the treatment for IS is high dose steroids, which can be highly effective for some kids but obviously has a heavy side effect profile.

While the treatment Tom and I decided on for Coral was unconventional (CBD oil), it actually worked miraculously.  Infantile spasms often cluster in groups. Coral went from having over a hundred spasms a day to none after a few days of taking CBD oil.  It was truly a miracle that even her neurologists (who did not recommend this treatment approach) had to recognize as a shocking but incredible outcome.

I don’t share this to advocate for everyone to do the same as we did.  In fact, I share this to highlight some important aspects of epilepsy in dup15q.  Epilepsy pharmacological treatments that work for one child or adult with dup15q, may not work at all for another. The side effects of pharmaceuticals can also differ from person to person. While this can leave parents and caregivers in a bit of a quandary of what treatment to try, it is also a huge reason why the Dup15q Alliance is working tirelessly to support research and the formation of targeted treatments for dup15q. Simply put, those with dup15q need more options when it comes to how they can control epilepsy. For some, their seizures are still uncontrolled, despite trying countless different meds and other treatments. For others, the side effects of the meds are worse than the seizures themselves.

Over half of the people diagnosed with dup15q will have at least one seizure. Many will have far more. As a parent, there is no way to know how your child will be affected by epilepsy with dup15q. A child who has had no seizures can begin to have several seizures at any age, especially during puberty. Skills can be lost (walking, talking, eating and many others). And too many of our kids, young adults and adults lose their lives to SUDEP (sudden unexpected death of an epileptic person)— usually a large seizure at night. This can happen even in a child who doesn’t seem to be having many seizures.

Epilepsy in dup15q is the worst type of wild card. It brings terrible uncertainty and worry.

We need to continue the drive for research and therapeutics focused on the unique genetic mechanisms behind epilepsy in dup15q.

Last week Coral was in the hospital for an EEG (a way to measure brainwaves and detect potential abnormalities). She had not had an EEG for over two years, and we wanted to make sure we weren’t missing any seizure activity. In the hospital I was surprised by the many emotions I felt—emotions from her early days in the NICU, the feelings of watching her have so many infantile spasms, and the weight of the unknown and variable outcomes of epilepsy in dup15q.

It all can be extremely heavy for parents, caregivers and families (including siblings). After this last hospital stay, I found my center the way I have for the past 5 years. I tried to focus on the present— be grateful she is currently not having any seizures, hold onto faith and release any fear I have for her future.

The reality is that it’s not “if” she will have any more seizures but more realistically “when” seizures might return. How severe will they be? Will we find a treatment as quickly as we did last time?

No one knows the answers to these questions, but supporting the Dup15q Alliance in their efforts can make a real difference for Coral, other people with dup15q and the families that love them.